Nicki Minaj (real name – Onika Tanya Maraj) was born in Saint James, a suburb of Trinidad and Tobago’s capital city Port of Spain. At the age of five she moved to New York City, where she attended Elizabeth Blackwell Middle School and played the clarinet, and later she graduated from LaGuardia High School.

In November 2010, Nicki released her debut album, Pink Friday, which became a great commercial success, peaking at number one on the US Billboard 200 and being certified Platinum a month after its release. Nicki became the first artist ever to have seven singles on the Billboard Hot 100 at the same time.

OPI is so excited to work with Nicki in releasing these six new nail lacquers. Nicki has taken the hip hop world by storm, but her music is only part of the equation. She’s also become a fashion inspiration, noted for her daring costumes and hair color both on and off the stage.

Nicki’s unique style, love of bright colors, and her debut album Pink Friday – all this is reflected in the Nicki Minaj by OPI limited edition nail polish collection featuring an array of bright bold hues from neon lime green to pink, the jewel of the collection being Super Bass Purple Shatter! 5 new nail polishes are (from left to right on the pic below):

Like all OPI nail polishes, Nicki Minaj by OPI shades are safe and contain no DBP, Toluene, or Formaldehyde. 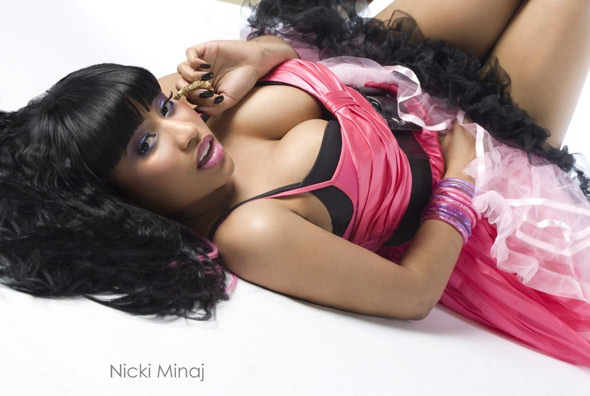