Let’s start with a nail design I did using Hen-Party and Fireworks, the polishes I’d love to show you today. They belong to the Dance Legend City Lights collection of jelly glitters that was released in December. 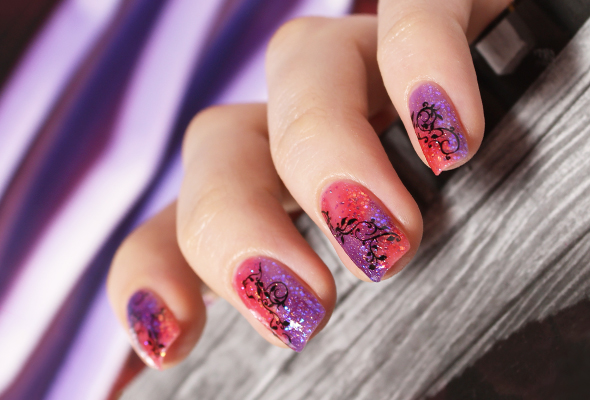 The flowers here are water decals, and to create the coral and purple glitter base I needed Hen-Party and Fireworks that I applied randomly using DL regular brushes. The jelly bases of the polishes are quite sheer and they work similar to tint/aquarelle nail polishes.

Dance Legend Fireworks is a sheer purple jelly base, filled with iridescent square shaped glitter and a golden microglitter. 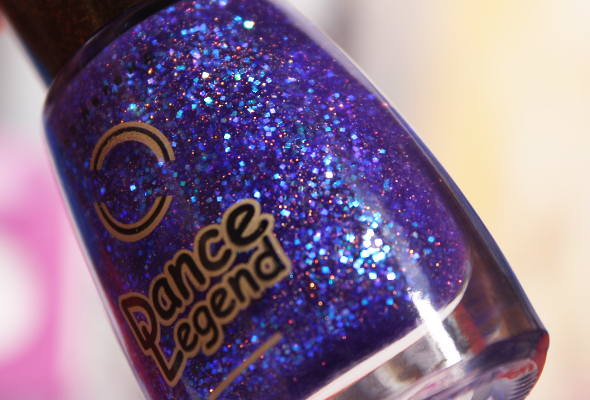 On my nails I have 2 thin coats of Fireworks over a clear base. You can see how sheer the finish is. At first I was thinking of adding an extra coat, but since the polish covered VNL well enough, I left it as it was. 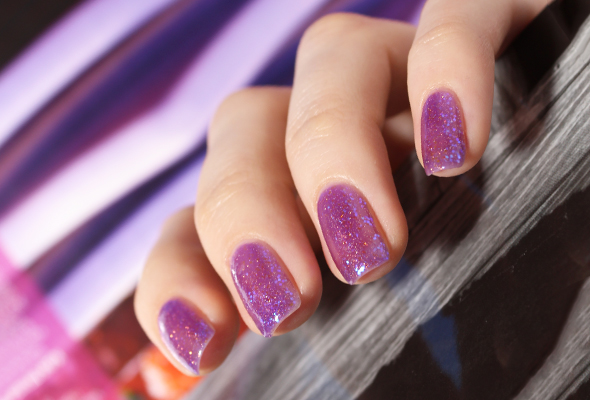 I knew I saw a similar polish in one of the previous Dance Legend collections, and finally I remembered: it was Final Fantasy that I was thinking about. Here’s a L-R swatch sticks comparison of Final Fantasy (flakie), Fireworks (sheer purple-based glitter) and a purple shimmer that doesn’t look like shimmer in the pic: 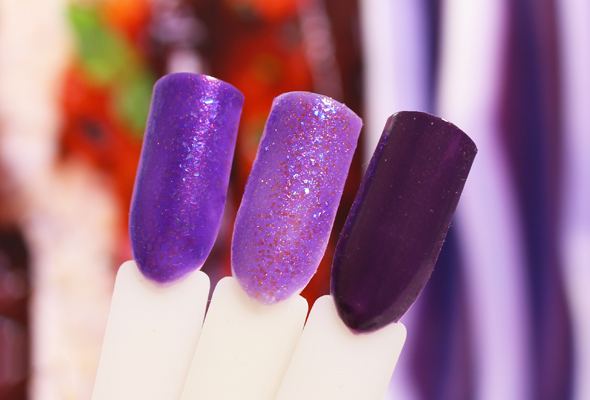 A macro of the glitter: 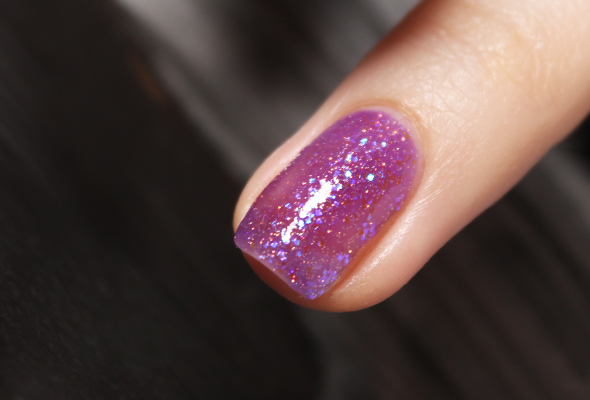 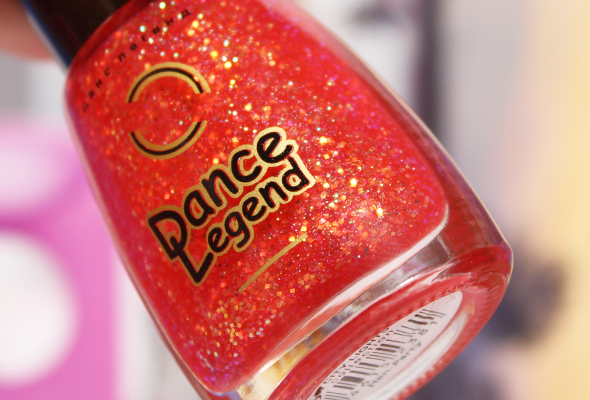 Just like Fireworks the base of the polish is quite sheer. Let me try and show you the color of the base comparing it to some well known shades: 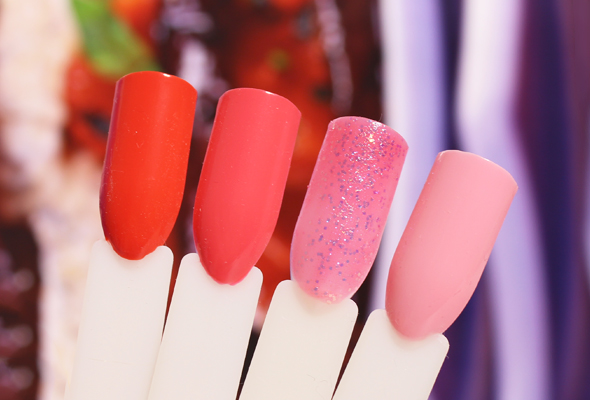 In the pic above we have L-R: OPI Atomic Orange, OPI Suzi’s Hungary Again, Dance Legend Hen-Party and Essie Need a Vacation. 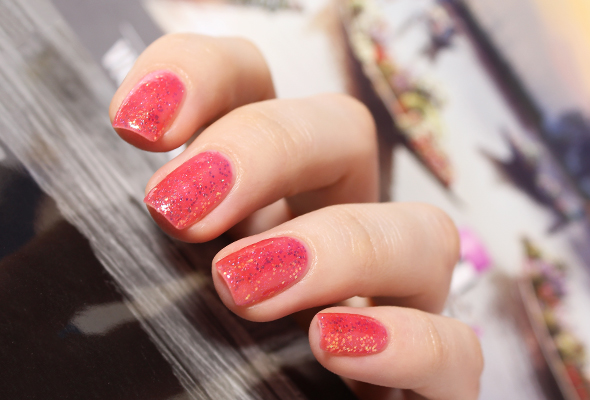 And here’s a macro of DL Hen-Party in 2 coats: 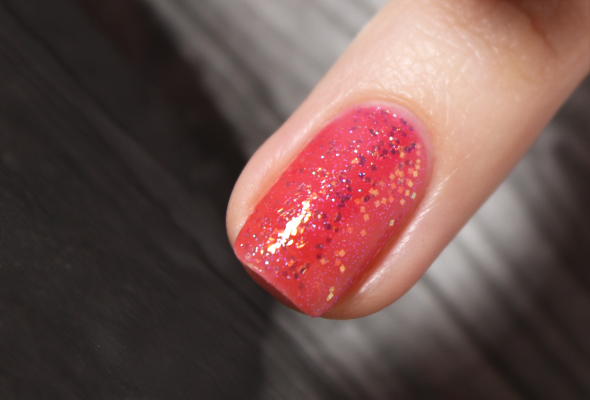 Dance Legend Fireworks and Hen-Party together with the rest 4 glitters of the City Lights collection can be found on the official DL web store here. The polishes are priced at $9 per the DL standard bottle. 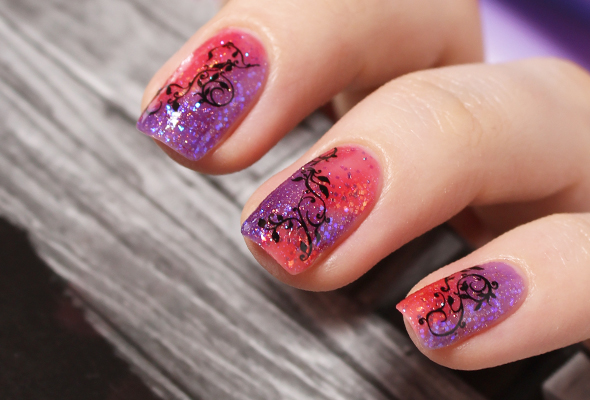 I hope you liked these sheer glitters, they are quite lovely even though they look a bit childish :)
Thank you for looking!