When I saw the first swatches of Gwen Stefani for OPI collection and its Push and Shove metallic nail polish, I instantly knew the polish will be mine. I read opposite reviews on it, some of them very negative, but I was determined to try the mirrored chrome and see for myself how good or bad it is. 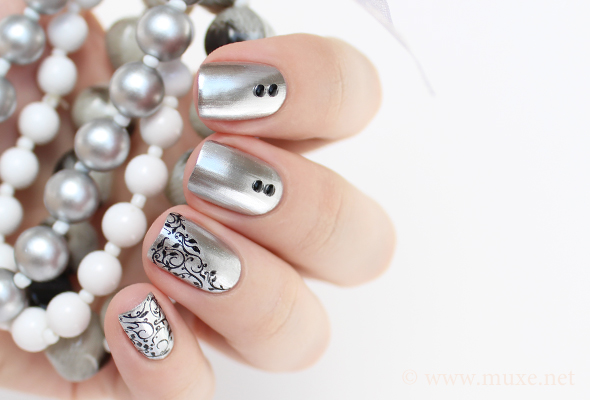 Gwen Stefani for OPI collection was released in January 2014. Before the release, OPI announced that there would be 7 colors and one of them (Push and Shove) would have a special finish. I guess all OPI fans (including me ofc) were anxious to see the swatches of the mysterious nail polish, and when the secret was finally revealed some of them got frustrated because the announced new finish turned out to be not that new.
If we put aside all the mystery and suspense created by OPI, we’ll see that they simply created a metallic chrome nail polish with a reflective mirror finish. 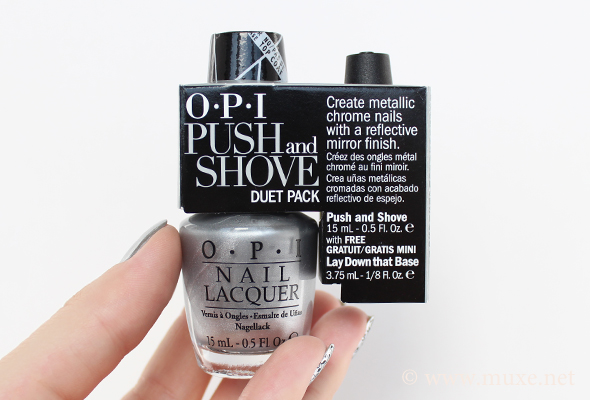 Push and Shove comes with a special base called Lay Down That Base (its code is NL G32). What I don’t quite understand is why the base is in a 3.75ml mini bottle, while the polish is in the OPI’s standard 15ml bottle. Obviously there won’t be enough base to wear the polish with. Of course, you can wear Push and Shove without the base, but you’ll need perfectly smooth nails for that – because of the mirror finish any nail flaws and ridges will become visible. 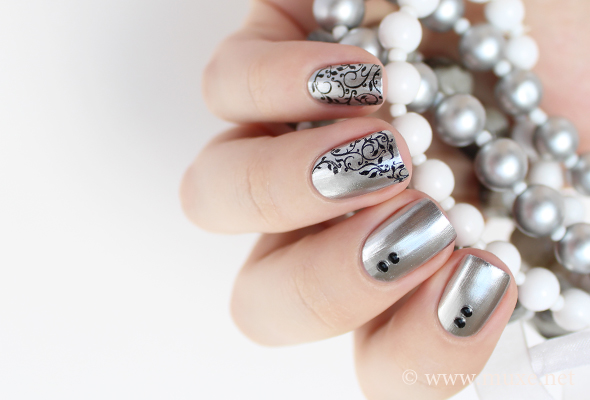 One more disadvantage of the polish is that you cannot wear it with any base you want. I applied the chrome over my usual Orly Nail Defense base and… I got an awful crackled effect. I heard that Push and Shove works with some aqua bases, but since I have none of them, I used the original Lay Down That Base (1 coat) and then I applied 2 coats of the chrome. 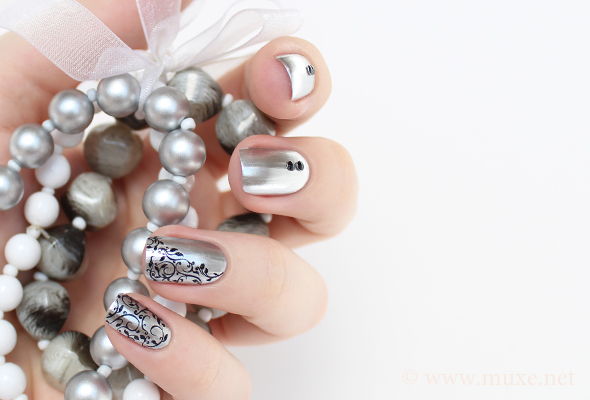 OPI says you don’t need to top coat the polish, but since I used water decals over it, I had to apply a top on my accent floral lace nails to seal the decals. Nothing bad happened, Push and Shove looked exactly the same which was good.

Overall, the polish is not an easy one to deal with. It requires a special base, and it chips on the tips quite fast. On the other hand, I didn’t have any mirror nail polishes in my collection, so Push and Shove was a welcome edition to it :)

Thank you for looking! :)