I know it’s time for a nail art post, but I’d love to show you some swatches first. Yesterday I bought a cute tiny bottle of polish that I immediately fell in love with! The beauty is called Blue Galaxy and it’s from Lumene Natural Code 3D Glitter line. 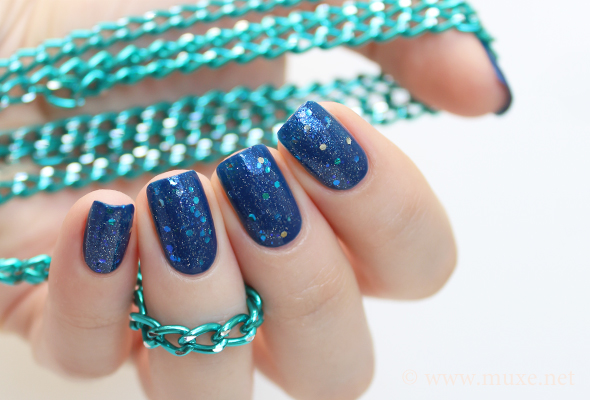 As usual, here’s a couple of bottle shots: 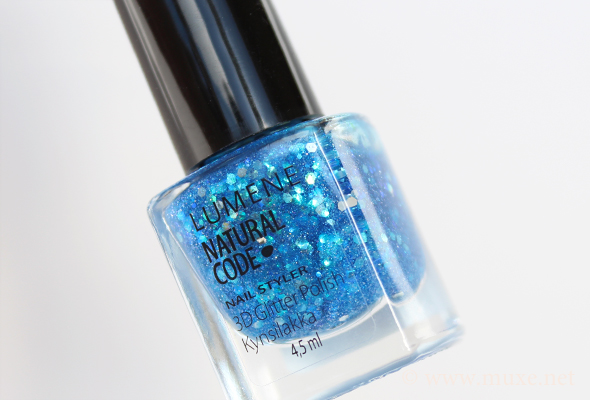 The bottle is really small: it contains just 4,5ml of polish. The brush however is rather big and surprisingly comfortable to work with. Lumene nail polishes are made in Finland, and they contain no formaldehyde. I must say I’m almost always happy with the quality of Lumene polishes, and this little cutie is not an exception. Blue Galaxy is densely packed with blue, silver and teal hex glitters. The base is light blue and apart from the big glitter it also contains lots and lots of tiny shimmering particles. 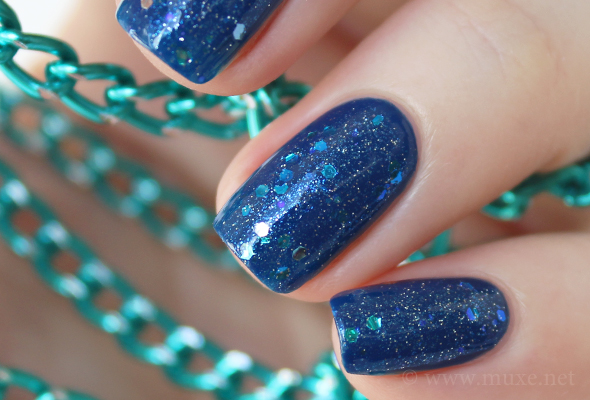 It’s said that Blue Galaxy can be used either as a top over a colored base, or as a regular glitter nail polish. Naturally, first thing after buying the polish, I tried it on a swatch stick, and it didn’t look well on its own – the base was fairly sheer even in 3 coats, and the glitter was barely visible. Nothing like it looked in the bottle! So I decided to use it over a dark blue base, and the result was much better. In the pics you can see 1 coat of Blue Galaxy layered over 2 coats of OPI Keeping Suzi at Bay, with a clear fast drying top. Well, that’s it for today :) Have a good day/evening! See you soon ♥