A quick post for today – I’d like to show you a simple manicure I wore last week. The color is from IsaDora Wonder Nail line, and it’s called Combat Khaki. 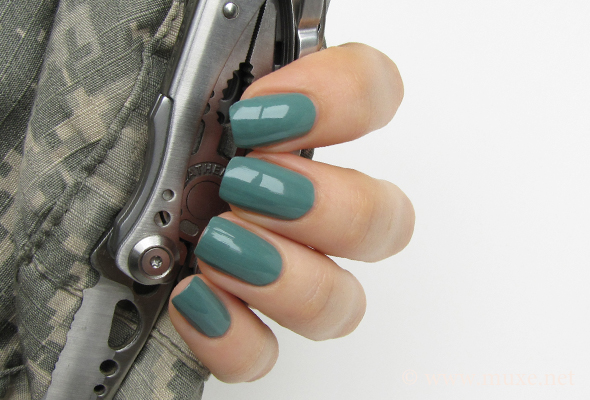 I have several polishes from the Nail Wonder line, and I love them all. The quality is really good, and their brush is wide – just how I like it :)

Combat Khaki doesn’t look like a polish that is capable of attracting much attention. It’s a dusty green creme, though in certain lighting it can become a bit tealish. Here I made a comparison for you to see how it looks next to real green, mint and teal.

From left to right we have: 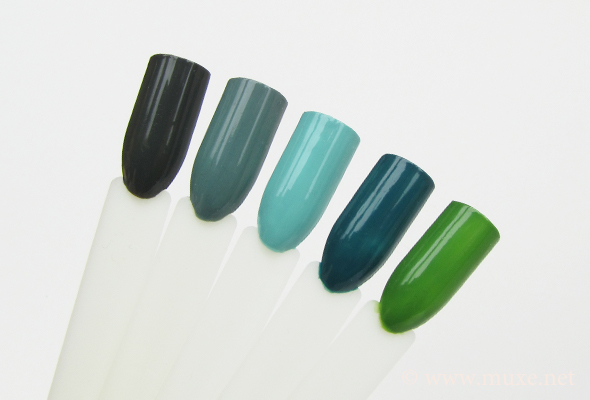 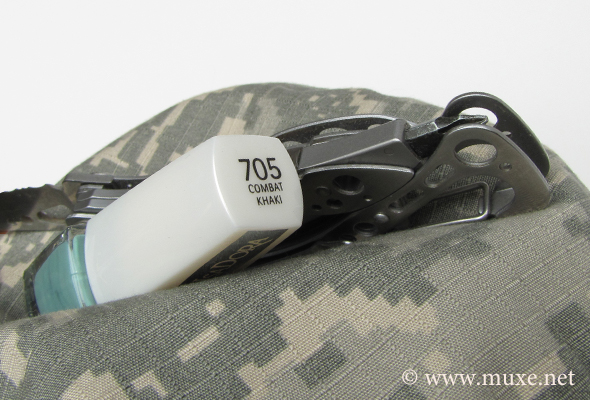 The pics show 1 coat of IsaDora Combat Khaki over Orly Nail Defense clear base. The name of the polish was asking for some weapon to be used for the background. I couldn’t find anything better than Dennis’ pocket knife, but do not worry, no one was hurt during the photo shoot :D 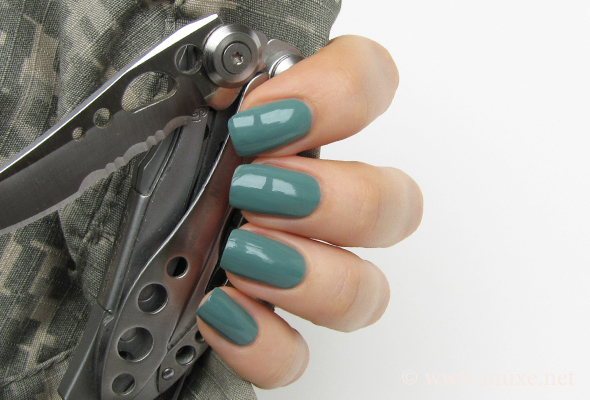 Thank you for reading! See you soon, hopefully I’ll have some Christmas nail design to show you :)