Let’s cast our minds back to the distant past of Spring 2008, when OPI released their Beyond Chic collection for the Soft Shades line. Feels like a long time ago, doesn’t it? Today’s color is from that very collection and it’s called Oh So Glam!
In the design it plays the leading role of a pearly white base color: 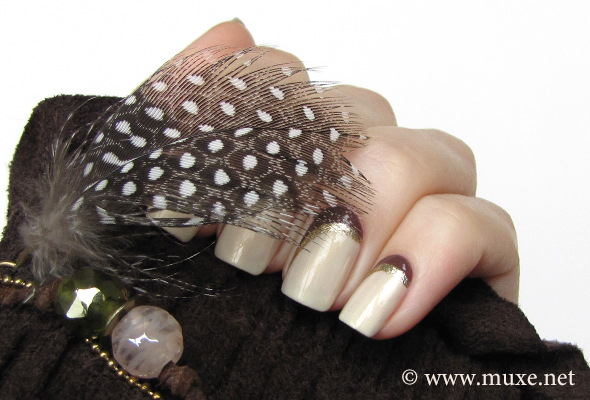 OPI’s Oh So Glam! is a gorgeous silky and shimmery white with golden undertones. Does it apply as beautifully as it looks? Nope. The polish is fairly sheer, and it took me 4 coats to layer it to the decent opacity you see in the pics.

My original idea was to use Oh So Glam! as a sheer neutral shade. I naively thought that since it doesn’t have a lot of pigment, but lots of tiny golden sparkles, it’ll give my nails a light golden veil. I was wrong. After the 1st coat my nails got that awful yellow look, as if I spoiled them by using lots of acetone and dark nail polishes :( I had nothing to do but to build the color with more coats. Good thing about Oh So Glam! is that it dries pretty past. 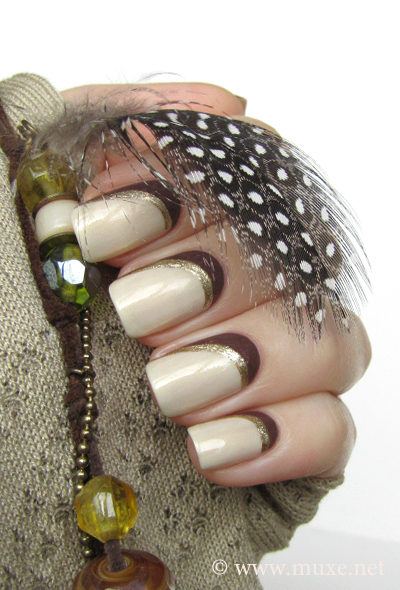 This is the second time I’m wearing Oh So Glam! and to make it more interesting I decided to pair it with another OPI called Wooden Shoe Like to Know? which is a beautiful shimmery brown. 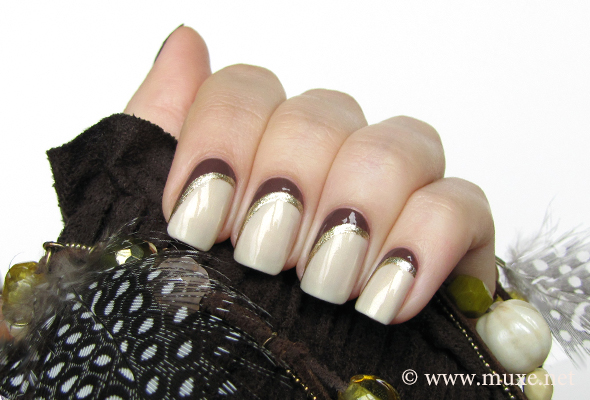 For the off center half moon nails I needed:

Why not regular half moons design? Well, I thought that if I use a brown nail polish for the half moons we all are used to, it would probably look like as if I hit all my fingers at once :)) I’m still not sure, but I hope I managed to evade the unwanted effect by painting asymmetric half moons…