Today I have a newspaper nail design to show you :) It’s a trend I’ve seen on a number of other nail polish blogs and finally I decided to try it out myself. 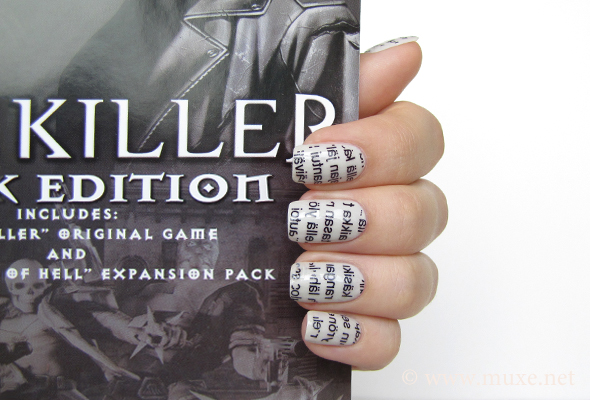 I like the idea of printed text on my nails, even if the words are backwards :) The design is fun and easy to do, but it requires time and some patience.

Overall, for the manicure I needed: 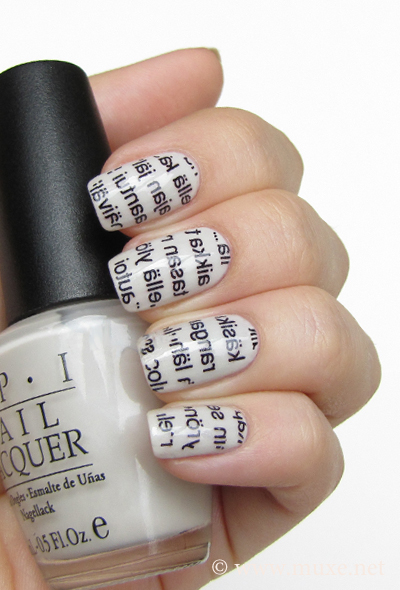 Naturally, I wanted to take pics of my newspaper nails with a book or a magazine, but as always – when you need something it’s never around! The only newspaper I had was already cut in pieces lol Don’t get me wrong, I love to read, but I prefer e-books and online magazines.
I kept looking anyways and finally I found a pile of old DVDs with PC games… well, from a distance they looked like books :D So here’s my nails with “Painkiller”, back then it was an awesome game btw, with zombies and other lovely creatures from Hell :) 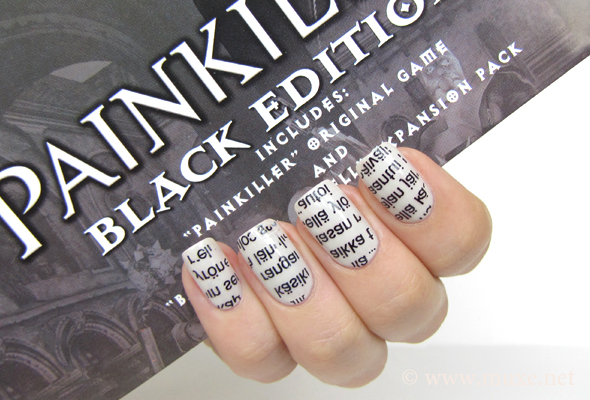 The only thing I don’t like about the newspaper nail design is that alcohol dries the skin. That’s why I didn’t dip my nails into vodka, like many tutorials say. I simply soaked newspaper strips in vodka instead (1 sec was more than enough), and then I overlaid the strips directly on the nails and pressed them firmly. After about 10 seconds I removed the strips and voilà – I had words and letters transferred from the newspaper onto my nails! One coat of ORLY clear top and it was all finished :)

OPI Calling All Goddesses! may be hard to find nowadays, but I think the new OPI My Boyfriend Scales Walls will do just fine, since it’s not pure white. A touch of grey sure adds to the design quite nicely :)