Hello! I have a new guest today, her name is Anastasia and she’s from Saint Petersburg, Russia. Nastya (it’s short for Anastasia in Russian) enjoys traveling and snowboarding. She’s been in many countries across Europe, and she’s always up for a trip to the mountains where there’s chill in the air accompanied by bright sun and snow. 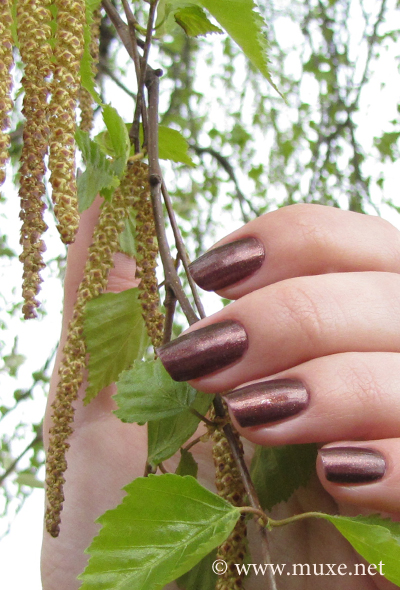 What you see here is 2 coats of Zoya Anastasia ZP383 without a base or top. Nastya said the formula was great, but a bit on the thin side. Later I’ll ask her to give me the polish for a couple of days, I’d love to test the color on my nails as well :)

The swatches are done outside without flash, when the sun was hiding behind the clouds. 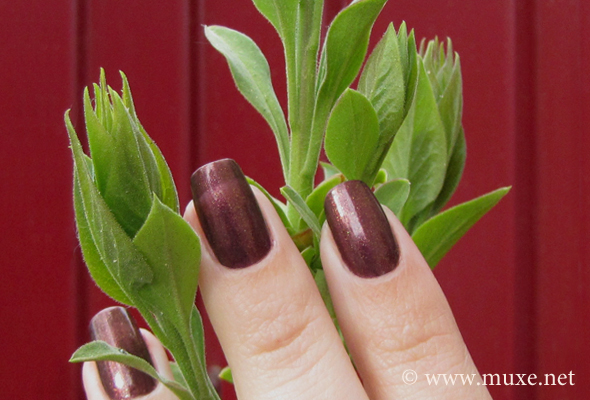 Zoya‘s Anastasia is a reddish brown polish packed with gold/purple shimmer which is hard to capture in photos. In daylight the polish tends to look flat brown, and still the shimmer is pretty obvious in the bottle: 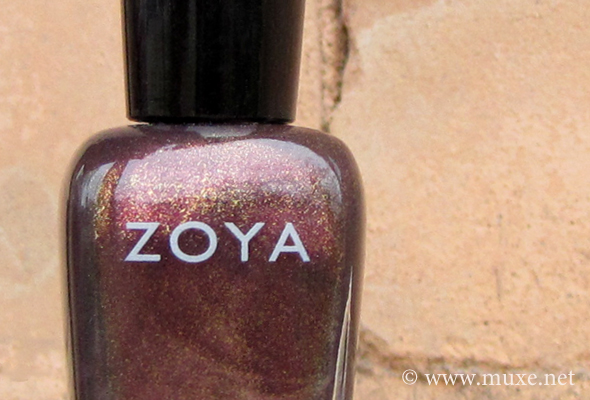 And one more picture of the polish with its owner :) 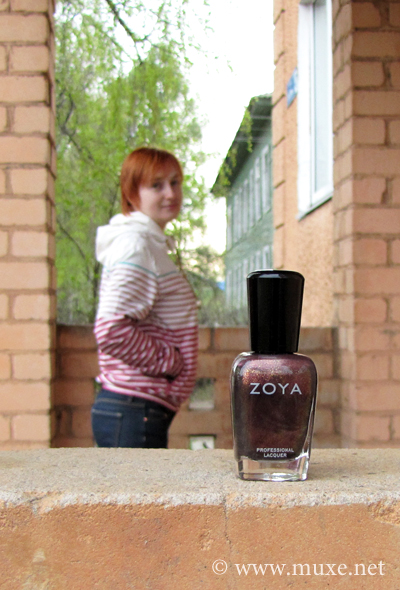 I’d been looking for Maria by Zoya for quite a while, and then I heard that the polish with my name was discontinued… Well, it’s not a big loss, I wasn’t excited about its color anyway. It would have been one of those moments when I bought a polish only for its name ^^
As for Nastya and today’s nail polish – she’s lucky as she found “her own” color and she likes Anastasia a lot! :))

Thank you for reading and see you next time!