I can’t believe it took me so long to review this amazing dark shade! Suzi Skis in the Pyrenees was launched back in 2009 with OPI Espana fall/winter collection. Let me show you the swatches: 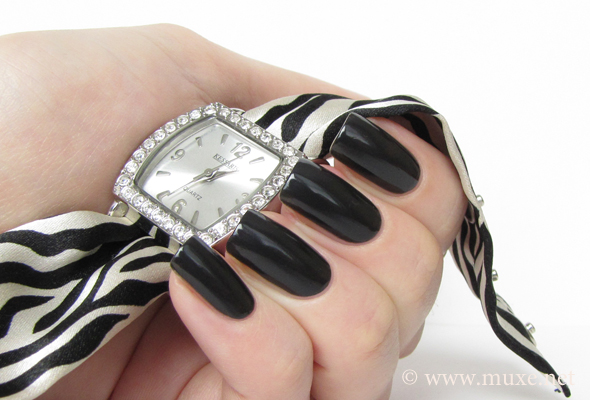 This dark bottle has been living in my nail polish box for more than a year already. I love to wear this shade when it’s cold and gloomy outside during winter months. Suzi Skis in the Pyrenees is a dark/almost black cream with no shimmering. The application is easy and quick as always with OPI.

For this mani I needed 3 coats of OPI Suzi Skis in the Pyrenees, and its drying time was super fast :) 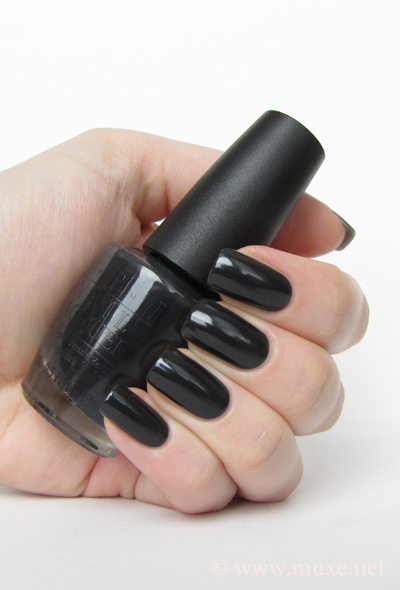 I asked two friends what color were my nails, and they said “black”. Not exactly. If you look closer, you will see dark grey undertones. To prove my point I made a quick comparison swatch of OPI Suzi Skis in the Pyrenees (3 coats) and Sally Hansen’s Black Out nail polish (2 coats, ring finger): 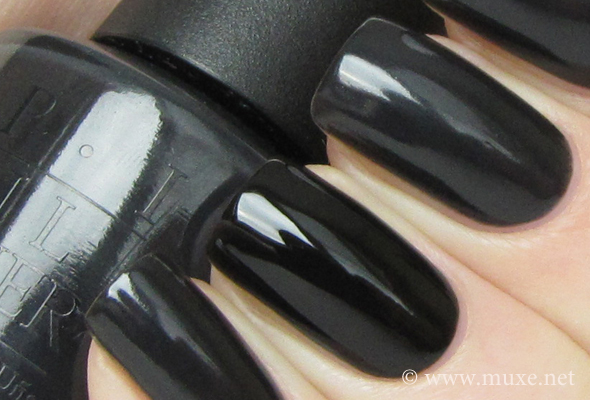 As you can see, apart from the difference in colors, the finish is not the same as well. I didn’t use a top coat over SH Black Out, it’s that shiny by itself. Tho you can easily add some extra gloss to OPI with a top coat :)

OPI Suzi Skis in the Pyrenees is a good color for those who like dark/goth/vampy nail polishes. Actually to me it looks even better than an ordinary black shade, since it has mysterious greyish tones. I am a big fan of dark polishes, and this OPI belongs to the best part of my collection :)