Today’s color is orange, and I decided to show you a nice summer nail polish Cha Cha Cha 48674 from Orly’s Miniature collection. I bought this one specially for the Challenge. 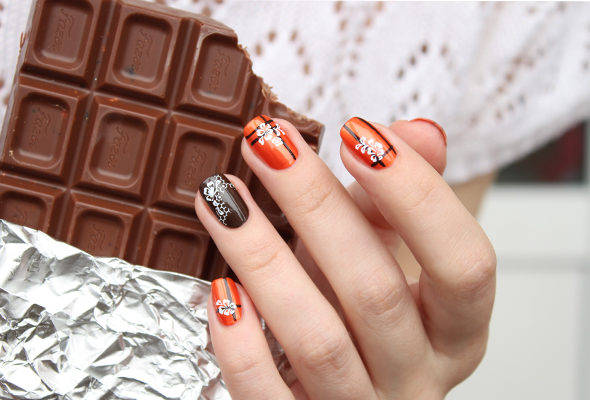 Here’s how Orly’s Cha Cha Cha looks like in 2 coats, without a topcoat: 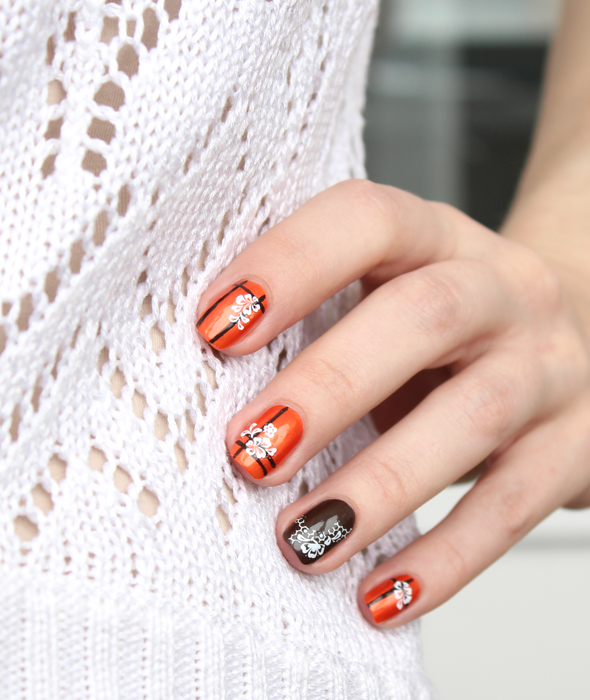 The brown accent is also ORLY, a shimmer called Chocoholic, in 2 coats. 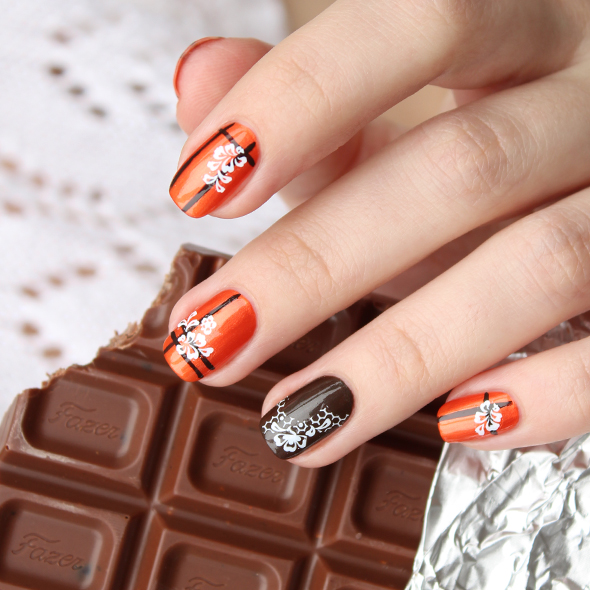 Please, don’t pay attention to the chocolate in the pic, it’s not an ad by any means :) I just needed something sweet to take pics of the manicure. 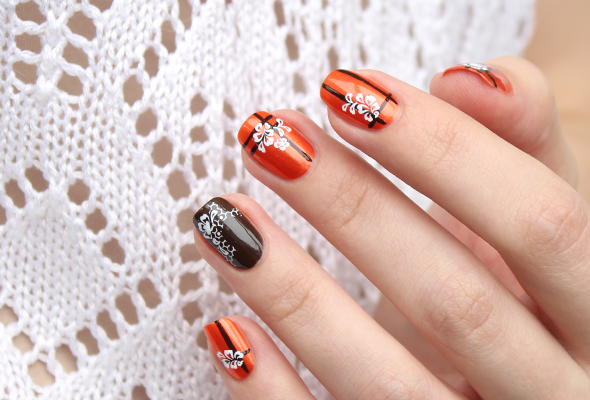 Cha Cha Cha is a bright sunny orange with microshimmer. The application is ok and the polish is of the same quality as you would expect from Orly, but in a small 5.4 ml bottle. I like its cheerful color, and I know it will look much better in summer when my hands are at least a little bit tanned and when there’s lots of sun. I’ll keep Cha Cha Cha in my nail polish box until then. 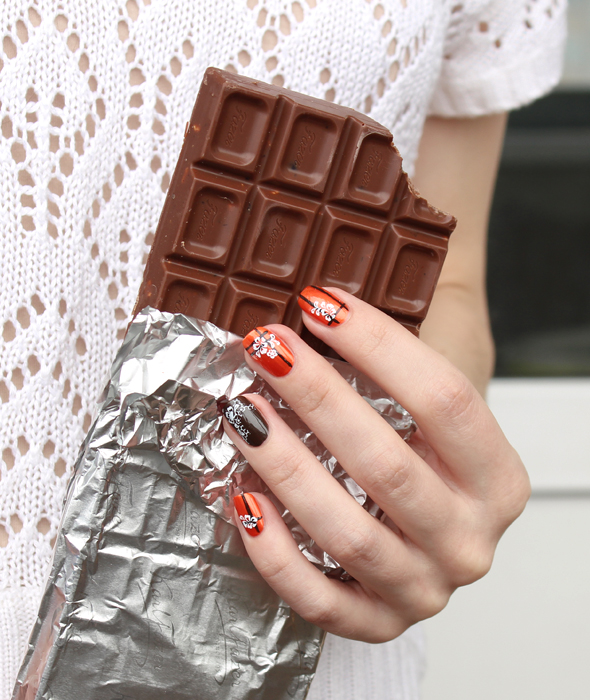 Today we have a grey sky with rain clouds here in Saint Petersburg. The snow that fell last week is all melted now, there’s puddles everywhere and everything is dark and wet outside :( It’s definitely not the time for bight summer colors… and yet, I am to do a yellow mani tomorrow! lol Gotta love this Challenge %)